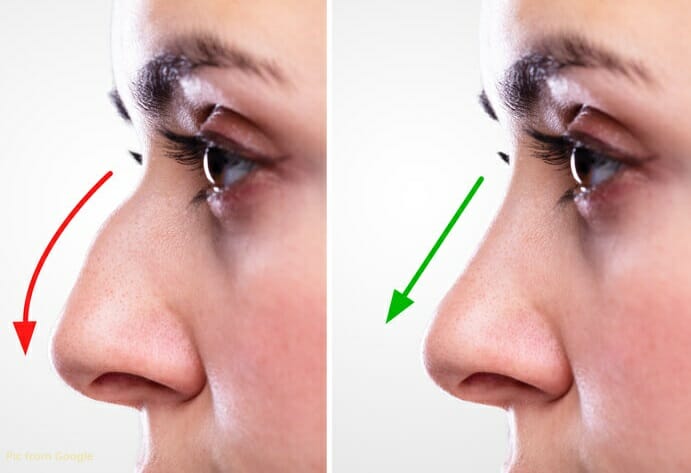 Noses are the centerpiece of an individual’s face and play a vital role in one’s appearance. They come in different sizes, shapes and slides, and any noses are not exactly the same. However, many people want to change their noses to give them a new appearance. If a person is not satisfied with his/her own nose, he or she may lose self-confidence.

If you are interested in rhinoplasty, read on to learn more about the types of noses that can be fixed with this plastic surgery done by the highly experienced plastic surgeon in Odisha. The seven most common refinements to a nose are categorized below.

A pinched nose, also commonly known as a pinched nasal tip, is caused by the permanent sinking of the vestibular wall, cutting off the nostril and creating an unaesthetic winged groove on each side.

Put simply, a pinched nose is extremely narrowed in the region of the nasal tip, giving an almost “winged” appearance on each side of the nose or as if you are just pinching your nose, even when you are not. This nose shape can cause some functional issues within your nasal cavity if not corrected in the right procedure.

A pinched nose can typically result from over-plastic surgery. For example, if too much cartilage in the nasal tip region is cut, it will no longer be supported and therefore create a pinched nose. In some cases, a pinched nose shape is a hereditary problem, which means the individual is born with this type of nasal structure.

A person with a humped nose often has a noticeable bridge. This might be due to genetics or a physical injury. If a person has uneven bone and cartilage after an injury, the shape might form into a hump. A humped nose is an easily recognizable nose shape. For many people, it may mean that the nose distracts from their other facial features and lowers their self-confidence.

People with a plunging tip have a heavy-looking nose that droops downwards. It becomes more noticeable when the person smiles because of the way their cheeks and lips move, which makes it seem like the nose drops even further.

This surgery is used to correct the appearance of a nose that has a drooping tip. To correct it, Dr Sushant Mishra shortens the end of the nasal septum, trims the upper border of the nasal tip cartilages, and attach them with stitches to better support the nose.

When you see someone’s nose from a diagonal perspective or when their head is tipped back, you can often see the box-like configuration of the cartilage in their nose. This causes what we now call a boxy tip. The boxy tip is created using a wide and thick neck, which can be difficult to distinguish from bulbous-shaped tips since both shapes are considered thick and rectangular.

Your plastic surgeon may trim cartilage and tissue in your nose if you have a boxy tip. If they do, they will reconstruct it with an interdomal suture to bring your nasal tips closer together which depends on your requirements and treatment plan.

The columella is a bridge of cartilage and tissue that separate the nose. In hanging columellas, the bridge falls below the outer edge of the nose, making it seem drooping or pointed. A hanging columella can’t make the nose an appropriate look and requires a nose job for correction. This is fixed by trimming the cartilage, securing it to the lower end of the septum, and possibly lowering the nostril rims with cartilage grafts. To fix this type of problem one can get help from Dr Sushant Mishra having 12 years of experience in this field.

Notably, a bulbous tip is more round, wider and lower than a boxy tip. Additionally, the lack of definition in a bulbous tip helps to distinguish it from a boxy one. Rhinoplasty can fix this type of nose shape by reshaping the tip cartilages to create a defined shape.

Dr Sushant Mishra who specializes in correcting flattened noses is here to help you with your respective problems. This occasionally happens naturally as a person ages. If an injury causes the nose to deviate, He can help to fix the problem by reshaping the cartilage and muscle through rhinoplasty surgery.

All material appearing on the Dewdrops Aesthetic Center website ("content") is protected by copyright under U.S. and India Copyright laws and is the property of Dewdrops Aesthetic Center. You may not copy, reproduce, distribute, publish, display, perform, modify, create derivative works, transmit, or in any way exploit any such content, nor may you distribute any part of this content over any network, including a local area network, sell or offer it for sale, or use such content to construct any kind of database.