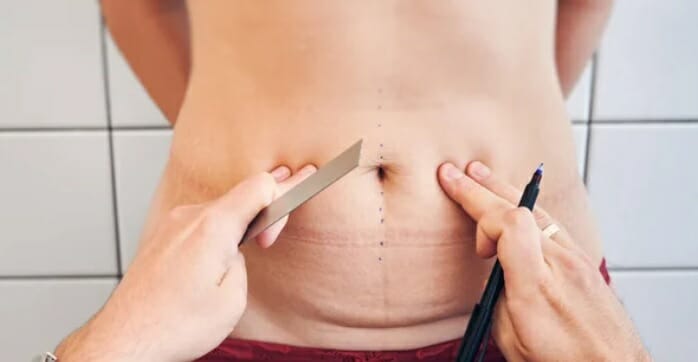 How Tummy Tucks Have Changed Over The Years?

Did you know that the stomach tuck, also known as abdominoplasty, has been practiced since the early 1800s? It has recently gained popularity as one of the most common cosmetic operations in the United States. Thankfully, the methods and equipment we utilize to do modern belly tucks have significantly advanced over the past few hundred years.

This brief history of stomach tucks explains how procedures have evolved and become more effective over time. Fortunately, the most recent plastic surgery methods provide even better outcomes and a quicker recovery period for men and women thinking about having an abdominal.

You didn’t have a belly button after the initial tummy tucks.

Over 200 years ago, the first abdominoplasty procedures were carried out, but not for the same reasons as today. In the early 1800s, the primary goal of this treatment was to remove extra skin from the abdomen area to conceal open wounds.

As one might expect, surgery for serious wound care wasn’t very concerned with aesthetics. As a result, individuals who underwent the initial stomach tucks frequently had no belly button. Even surgeons who started doing stomach tucks for cosmetic reasons in the late 1800s thought it would be difficult to do so while preserving the look of the belly button.

French plastic surgeons discovered how to keep the belly button in place during a stomach tuck in 1905. Instead of making one lengthy horizontal incision across the whole belly, they realized they could employ vertical and horizontal incisions to generate little flaps through which to work. This allowed for the preservation of the belly button and produced smoother and more advanced outcomes.

Now more than ever, belly tucks may be performed.

The belly tuck has advanced significantly since the first rudimentary operations were carried out in the 1800s to cure wounds. The stomach tuck procedures today provide safer and far more effective solutions, shorten recovery and healing times, and superior yield outcomes. The most significant improvements to the contemporary belly tuck are listed here.

Before the drain-free stomach tuck method, a drain was used before every operation to avoid internal fluid buildup during and after the procedure. The patient would have to frequently clear the contents of the drain until it was eventually removed, which hindered the healing process.

Before the little tummy tuck became popular, a complete tummy tuck was the only option for anyone who wanted to treat any degree of drooping abdominal skin. Plastic surgeons may now tighten a small amount of extra skin below the belly button with a considerably smaller incision owing to the micro tummy tuck method, often known as a partial abdominoplasty.

The ideal stomach tuck method for you will be determined by several elements, including your natural anatomy, the findings of a physical assessment, and your desired outcomes. With this knowledge, your plastic surgeon in Bhubaneswar can assist you in selecting the procedure that could be most appropriate for you.

All material appearing on the Dewdrops Aesthetic Center website ("content") is protected by copyright under U.S. and India Copyright laws and is the property of Dewdrops Aesthetic Center. You may not copy, reproduce, distribute, publish, display, perform, modify, create derivative works, transmit, or in any way exploit any such content, nor may you distribute any part of this content over any network, including a local area network, sell or offer it for sale, or use such content to construct any kind of database.